Asp299Gly polymorphism in TLR4 gene in patients with colorectal cancer

Background: Toll-like receptors play important roles in innate and adaptive immunity and polymorphisms within TLR-4 as Asp299Gly are reported to be associated with certain digestive cancers e.g. colorectal carcinoma.

Aim: Investigate the association between Asp299Gly polymorphism and the risk of colorectal cancer development and progression.

Patients and Methods: the study included 40 newly diagnosed patients with colorectal cancer recruited from patients attending National Cancer Institute and 40 apparently healthy individuals from relatives/visitors of patients matched in age and sex. For each of patients and control group genotyping of TLR-4 gene by PCR/RFLP was done and confirmed by direct sequencing.

Colorectal cancer is one of the most common cancers worldwide. Its incidence rates are rapidly increasing in several areas in the world, probably related to a combination of factors like diet, obesity, smoking, gut microflora and genetic changes (Mahfouz EM et al., 2014). Toll-like receptors (TLRs) are important pattern recognition receptors expressed by immune cells. The response to TLR ligands may be impaired by single nucleotide polymorphisms that are present in TLR genes (Davoodi H and Seow HF, 2011). For example, Asp299Gly polymorphism, which occur in exon 4 of the human TLR4 gene, is located within the extracellular domain of the receptor and has an impact on TLR4 signaling and potentially on intestinal homeostasis due to impaired control signals at the epithelial cell level leading to chronic intestinal inflammation and interrupted intestinal homeostasis and hence may lead to CRC (Nissar S et al., 2017).

A case control study was designed.

The study included 40 patients with newly diagnosed CRC, presented to Tanta Cancer Center from August 2015 to Feb 2017 (cases) and 40 apparently healthy individuals with no signs of any malignancy matched for age and sex as a control group was recruited from relatives and/or visitors.

Personal data from both patient and control groups were collected through direct interview. Blood samples: Two ml of blood were collected from both cases and control under complete aseptic technique in EDTA vacutainer tube and stored at -20°C for molecular investigation. Investigation of medical records and pathology reports of each patient to collect data regarding tumor location, stage, grade of differentiation, lymph node status.

• The protocol of the study was approved from the ethical committee of Faculty of Medicine, Tanta University

• Written informed consent was obtained from all participants before their inclusion in the study.

Detection of TLR4 Asp299Gly (rs4986790) variants by PCR-RFLP method confirmed by direct sequencing: DNA analysis was carried out for both groups (newly diagnosed colorectal cancer and the reference control group). DNA was isolated from the peripheral whole blood by using DNA extraction kits (QIAamp DNA Blood Mini Kits Cat No. /ID: 51104). The DNA purity was determined by calculating the ratio of the absorbance at 260 nm to absorbance at 280 nm. Pure DNA had an A260/A280 ratio of (1.7-2.0). 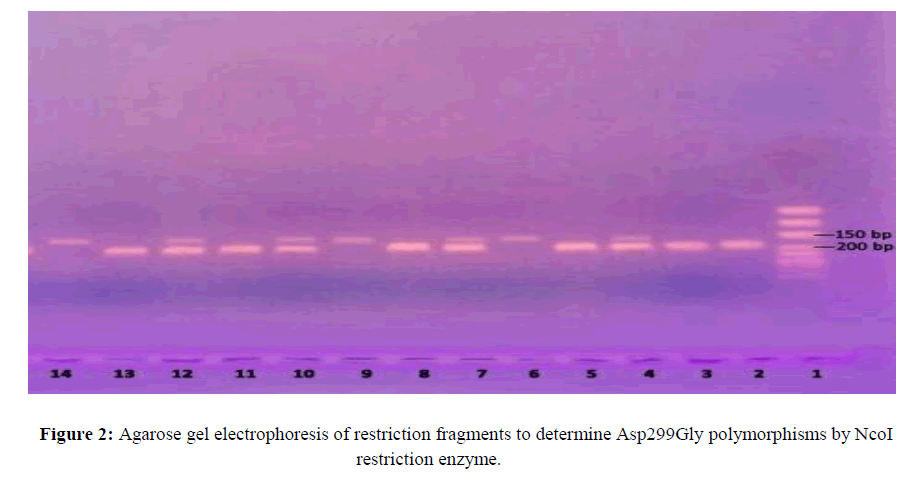 Figure 3: (a and b) Sequence analysis of the TLR4 Asp299Gly polymorphisms in colon cancer patients.

This study included 40 patients with newly diagnosed CRC and 40 healthy individuals served as control group. The characteristics of the study population were summarized in Table 1. Briefly, mean age was 45±11.1 years, 52.5% were males, 40% of the patients were smokers and the mean MBI was 25.2 kg/ m2. As shown in Table 2. Colon cancer accounted for 72.5% of the total CRC cases while rectal cancer accounted for 27.5% of the total cases. 60.0% of the cases were in stage I-II while 40.0% of the cases were in stage III-IV. 32.5% of the CRC were well differentiated, 35.0% were moderate differentiated and 32.5% were poor differentiated. Forty percent of the patients presented with liver or LN metastasis.

Table 1: The characteristics of the study population.

Table 3: Distribution and comparison of Asp299Gly genotype & allele frequencies of TLR4 gene in the studied groups

The study revealed that TLR-4 Asp299Gly polymorphism was more prevalent among CRC patients than control. The difference was statistically significant. This can be attributed to the presence of TLR4 variants that affect gut homeostasis resulting in impairment of TLRs activation, thus leading to inflammation and CRC development and progression. Similar results have been also recorded by many workers as Pimentel-Nunes et al., 2013 reported that TLR-4 Asp299Gly homozygous had three fold increased risk of colorectal cancer in Europeans (8% of the cases were GG genotype) (Pimentel-Nunes et al., 2013). Also Semlali et al., 2016 found that the GG genotype of TLR4 Asp299Gly polymorphism was highly frequent in the patient group compared to the control group (0.81 vs.0.1) and was highly associated with the development of colon cancer among the Saudi population (Semlali et al., 2016).

From the result of this study, we can conclude that: Asp299Gly polymorphism (AG & GG genotypes) in TLR-4 gene is associated with colorectal cancer development and progression.